As of last week, A Storm of Light has begun recording the second full length entitled Forgive Us Our Trespasses. The recording will be finished April 1 and will be released by Neurot Recordings on CD/DLP in the fall of 2009. The album moves forward with Storm’s sound, more emphasis on vocals and dynamics, while still keeping the heaviness intact.

The album will feature several collaborations with musicians including Jarboe (swans), Nerissa Campbell (as heard on the Primitive North release), Lydia Lunch, and of course Joel Hamilton (book of knots, battle of mice). Joel is not only recording this release, but it also playing on it as well. We are recording at Strangeweather and Studio G, both located in Brooklyn. Look for new songs posted in April or May. Storm will be playing some of new material live on the upcoming European tour. 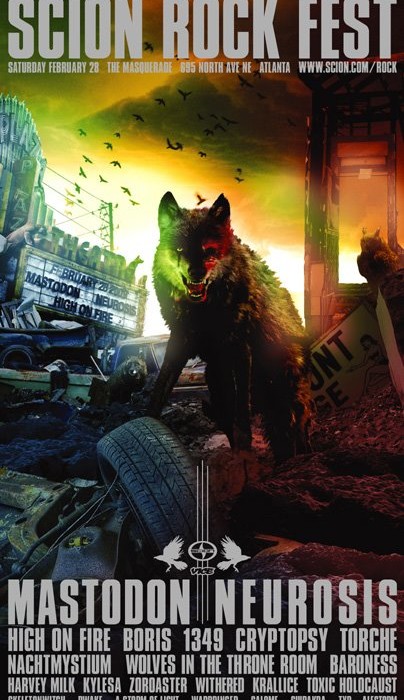 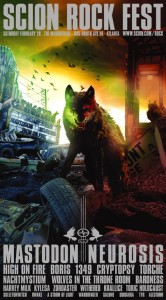 This is the new poster for Scion Rock Fest, just finished yesterday. This was a fun one. I am looking forward the show, both Neurosis and A Storm of Light are playing.